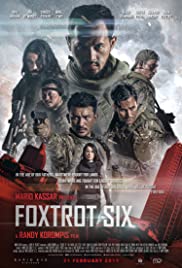 Escalating climate change is turning the world economy upside down. With crops dying and food price spiking, FOOD has replaced oil as the world’s most valuable commodity. Among the very few lands still left fertile, Indonesia is quickly rising as the next economic superpower, when its government is suddenly and ruthlessly overtaken by a popular rogue political party. In just three days, six former Marines must work together, find their long-lost brotherhood, stop a nationwide government- sanctioned genocide, and save millions of lives, for one last shot at redemption. Or die trying.