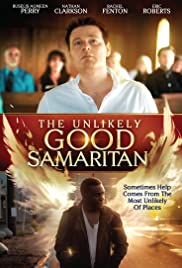 The Unlikely Good Samaritan follows the paths of two men: Sam, an ex-convict and mysterious drifter looking to escape his past and find new meaning in life, and Chris, a proud, small-town pastor and new husband, attempting to impress his congregation and deal with an issue that could shatter his wholesome image. The men s paths collide in a dramatic and intriguing way, challenging the characters to reexamine what a good person really looks like.