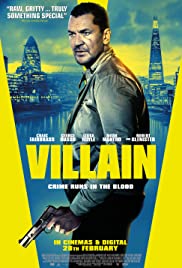 After 10 years, Eddie Franks (Craig Fairbrass) is out of prison and trying to stay on the straight and narrow, but his drug-mule brother Sean (George Russo) has other ideas. Rival gangster brothers Roy and Johnny Garret (Robert Glenister and Tomi May) are demanding Sean repay his debt to them, causing Eddie to get tangled in the crossfire, ending up using his life savings and calling in favours with mobster friends to try and help. Following a dramatic coup at the family pub, events spiral out of control in the ultimate fight for survival.